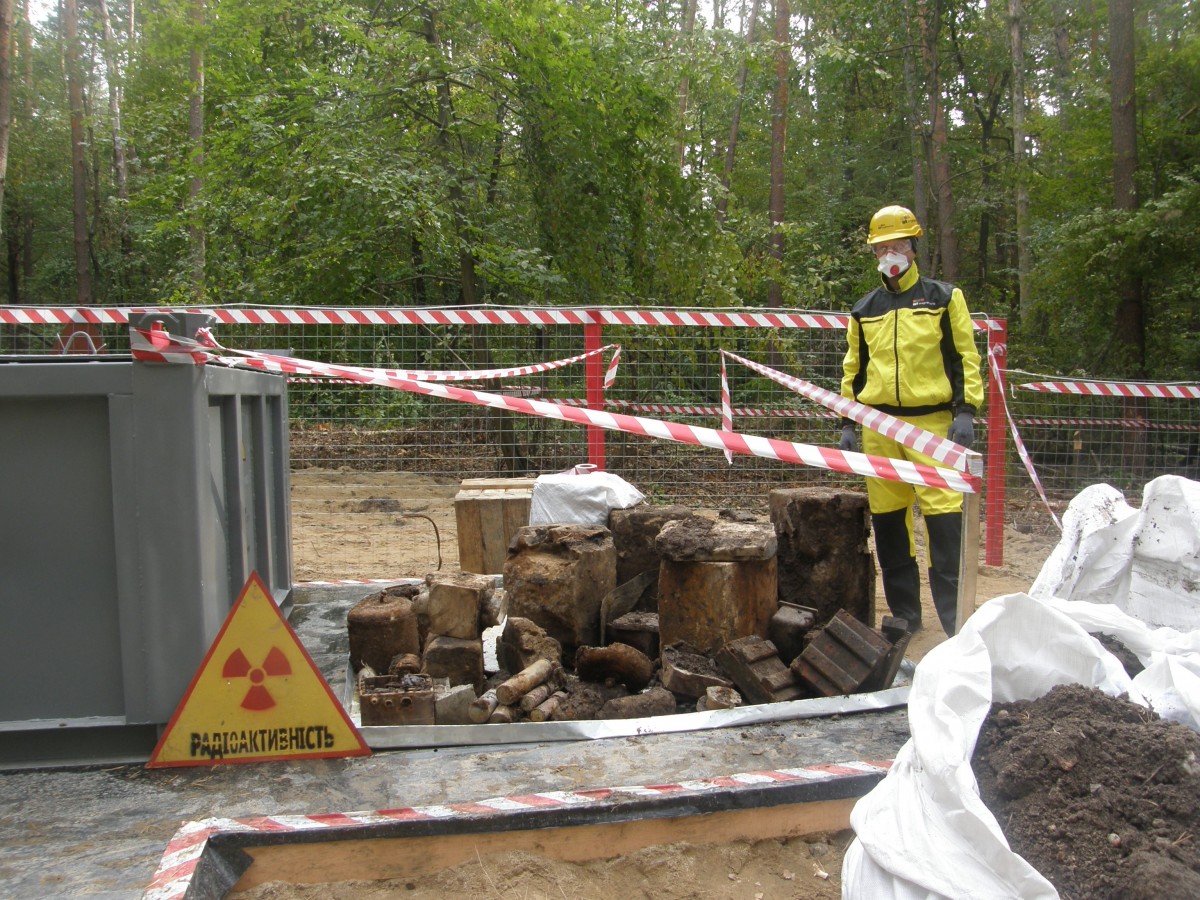 This project was implemented within the Implementation Agreement between the Cabinet of Ministers of Ukraine and the NATO Support and Procurement Agency (NSPA) on the reburial of radioactive waste generated by the former Soviet Union’s military programs in Ukraine.

The project was comprehensive and involved three major stages 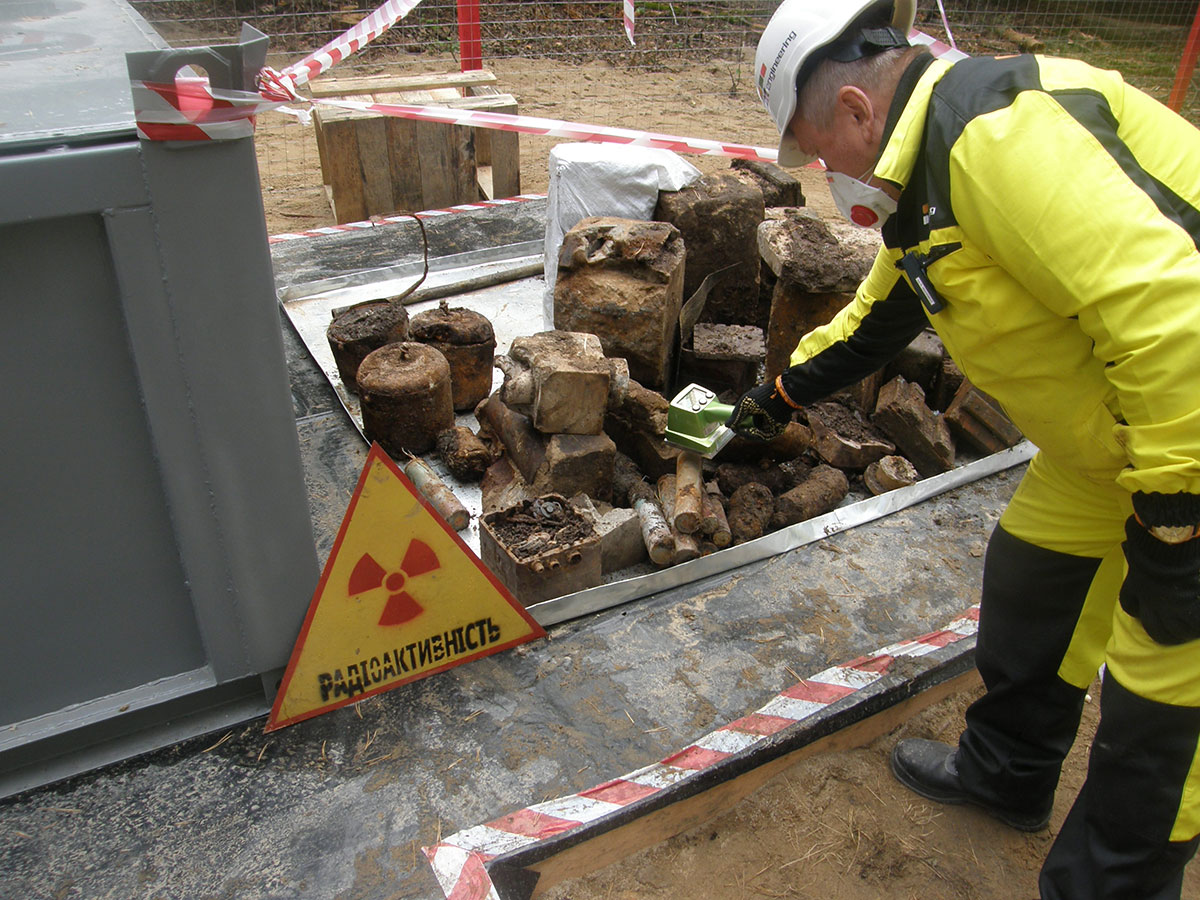 During February~May 2016, the State Specialised Enterprise “Kyiv State Interregional Specialised Plant” performed examination and radiological research, the results of which formed the basis for the Specifications for the next stages.

According to the results of the international tender held by NSPA, on 27 June 2016, a contract was signed with the Contractor — NT-ENGINEERING LLC to execute the 2nd and 3rd stages of work. During July 2016, the Contractor prepared an Engineering Proposal for the execution of works under the Project, which was agreed with the State Nuclear Regulatory Inspectorate of Ukraine. 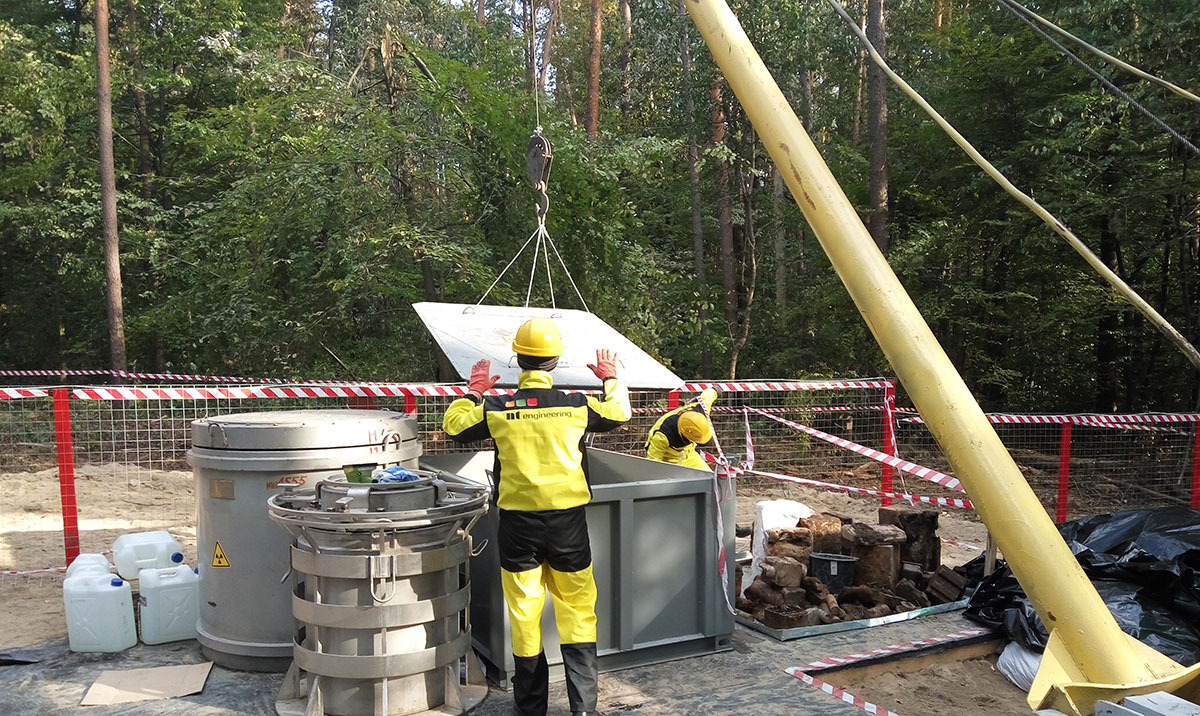 In the period from September to November 2016, NT-ENGINEERING LLC successfully executed all works on the removal of radioactive waste and their transfer to safe storage and disposal, which included:

The project was implemented in accordance with the requirements of current national and international standards and regulations.

The work results allowed to obtain a positive conclusion of the state regulatory bodies.

The radiation background on the territory of the former radwaste landfill meets determined safe norms and criteria.

In the future, the NT-Engineering specialists also implemented the next stage — rehabilitation of the landfill territory.