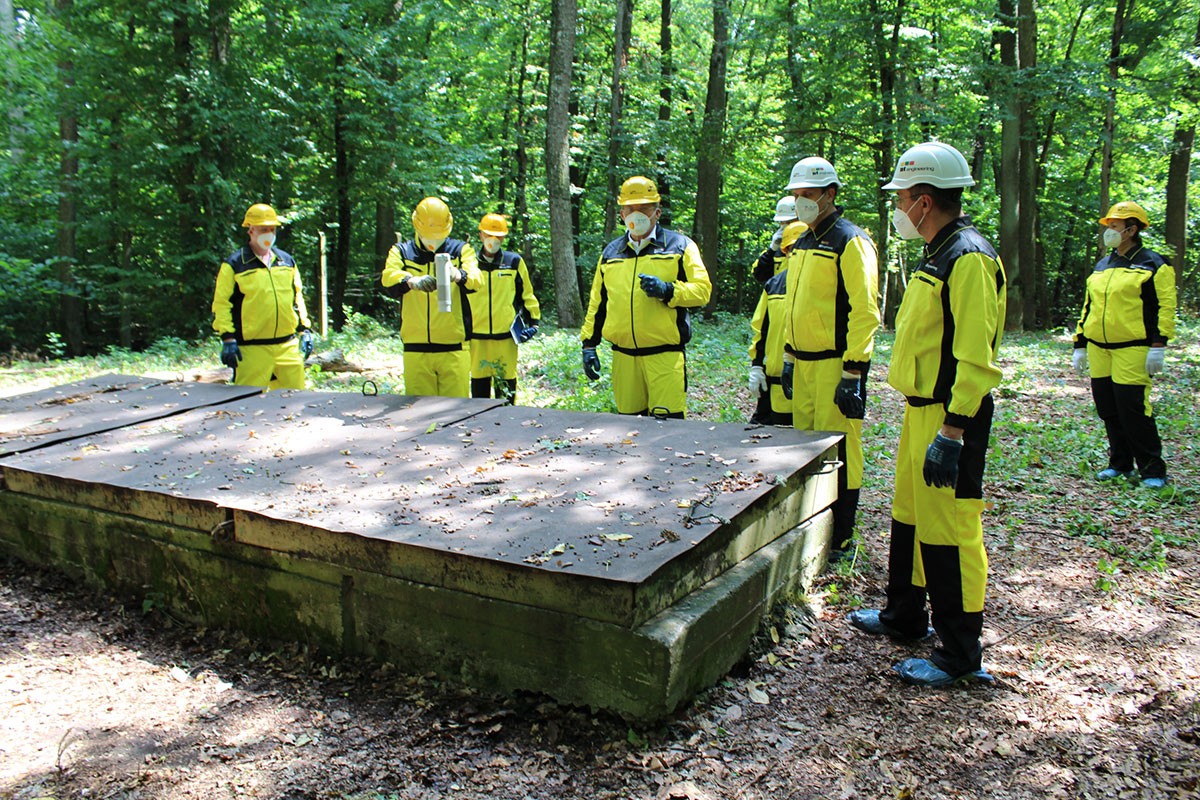 The project was a continuation of NATO’s support for Ukraine within the Implementation Agreement between the Cabinet of Ministers of Ukraine and the NATO Support and Procurement Agency (NSPA) on the reburial of radioactive waste generated by the former Soviet Union’s military programs in Ukraine.

The implementation of this project became possible, in particular, due to the successful experience of implementing a similar project in 2016~2017.

Taking into account the experience of the previous project, the international competition to select the project executor was held for the entire scope of work divided into three stages: 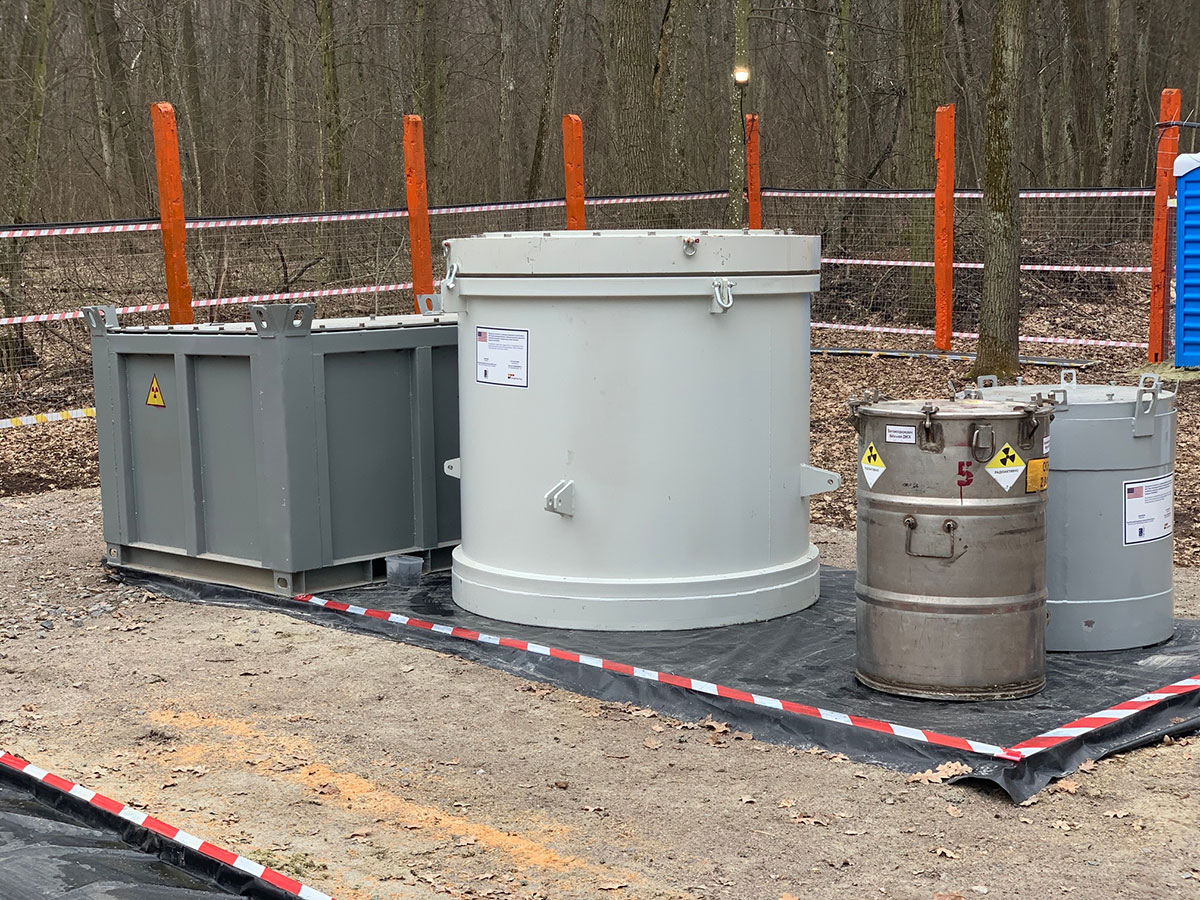 The project executor was selected as a result of an international tender held by NSPA, and on 22 June 2019, a Contract Agreement was signed between NSPA and NT-Engineering LLC.

During June~August 2019, the company’s specialists thoroughly inspected the facility, studied and analysed all available documents regarding the landfill, conducted detailed radiological and environmental studies. Based on the research results, all the necessary initial data for the development of a safe and effective Engineering Proposal for radioactive waste disposal were determined.

During September 2019 ~ February 2020, the required Engineering Proposal was developed and approved by the State Nuclear Regulatory Inspectorate of Ukraine, a licence for the work was obtained, and all necessary resources (machinery, equipment, personnel) were prepared in accordance with the Specifications and Licence Terms. 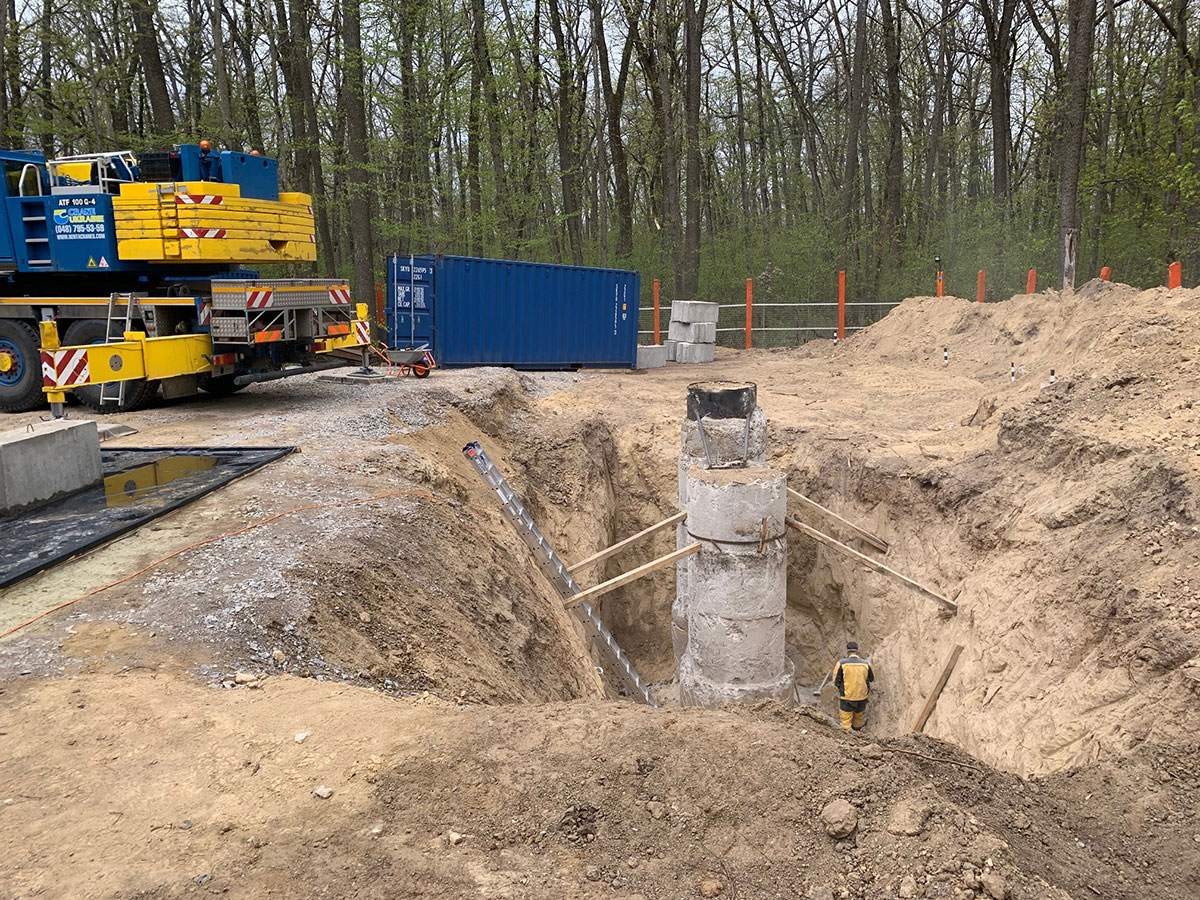 In April~May 2020, the whole complex of works on removal, packaging and transportation of radwaste to their places of safe storage was performed. It should be noted that during these works, NT-Engineering not only provided all radiation and technological safety measures but also introduced an additional protocol of anti-epidemic measures, given the threat posed by the spreading COVID-19 infection.

At present, all work on the removal of radioactive waste has been completed, and the waste are located in special licensed storage facilities where their safe storage and subsequent disposal is organised.

The stage of rehabilitation of the territory ended with the planting of trees on the site released from radioactive waste.